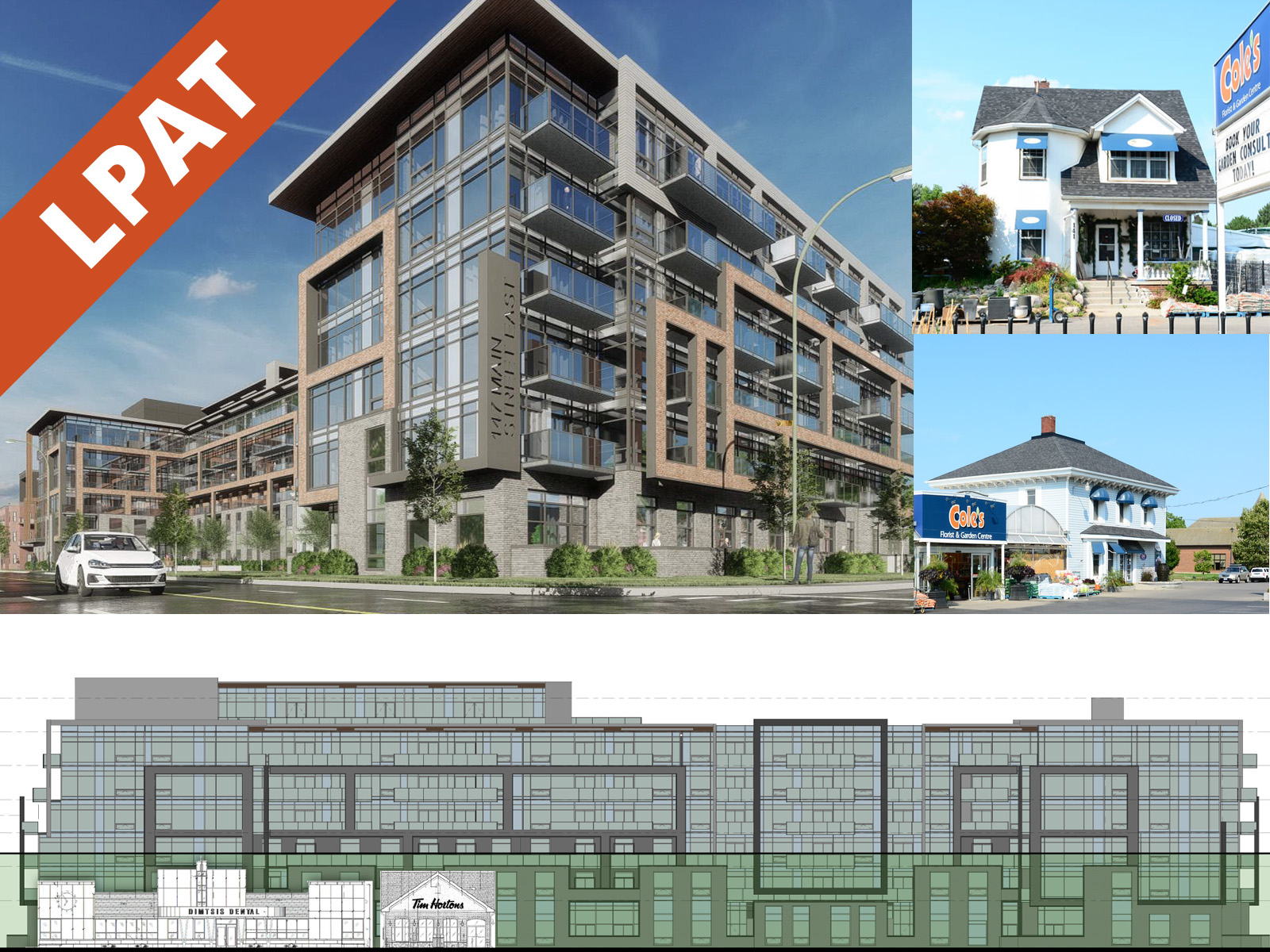 It looks like Losani Homes turned a deaf ear to the numerous concerns expressed by residents regarding the development of the seven storey building on Cole’s property. On April 27 the Town received a notice of appeal at LPAT from this developer for his requested Zoning By-law and Official Plan amendments. A hearing date is yet to be scheduled by the Tribunal.

Council did not have a chance to approve or deny the application. However, the time prescribed by the Planning Act for a decision has passed and the developer could appeal the non-decision at LPAT.

The Planning Act gives Councils 120 days to make a decision on a combined Zoning By-law and Official Plan amendment. According to the application documents, Mr. Losani entered in official pre-consultations with Town’s Planing Department in 2019, and the application has been deemed complete on December 18th, 2020. By April 18th, when the decision time expired, the application process should have included besides the Open House, a Statutory Public Meeting and a final Recommendation Report for Council produced by Planning staff.

However, a Planning update to the Committee of the Whole on February 1st mentions scheduling issues with this application and that in case of an appeal for a non-decision, “the Tribunal shall have regard to any information and material that the municipal council or approval authority received in relation to the matter. In addition, even after an appeal from the lack of a decision, Staff may continue to process an application and bring a report to Council so that a formal position can be presented to the Tribunal.”

The Public Open House held on March 28 saw over 100 resident letters and delegations opposing this massive seven storey high-density development on Grimsby’s Main Street East. It was a collective ask from the community to Losani Homes to consider a smaller scale development that fits into the character of the street and respects Grimsby’s small town feel. You can read more about it in our previous update: A BIG Thank You! 141-149 Main Street East Open House.

The developer has also appealed the designation of the two historic homes on the property, as mentioned by The Updated Status and Activity Report presented at the latest Grimsby Heritage Advisory Committee meeting. The current redevelopment application includes the demolition of both houses, which would occur in case an unfavourable decision is made.