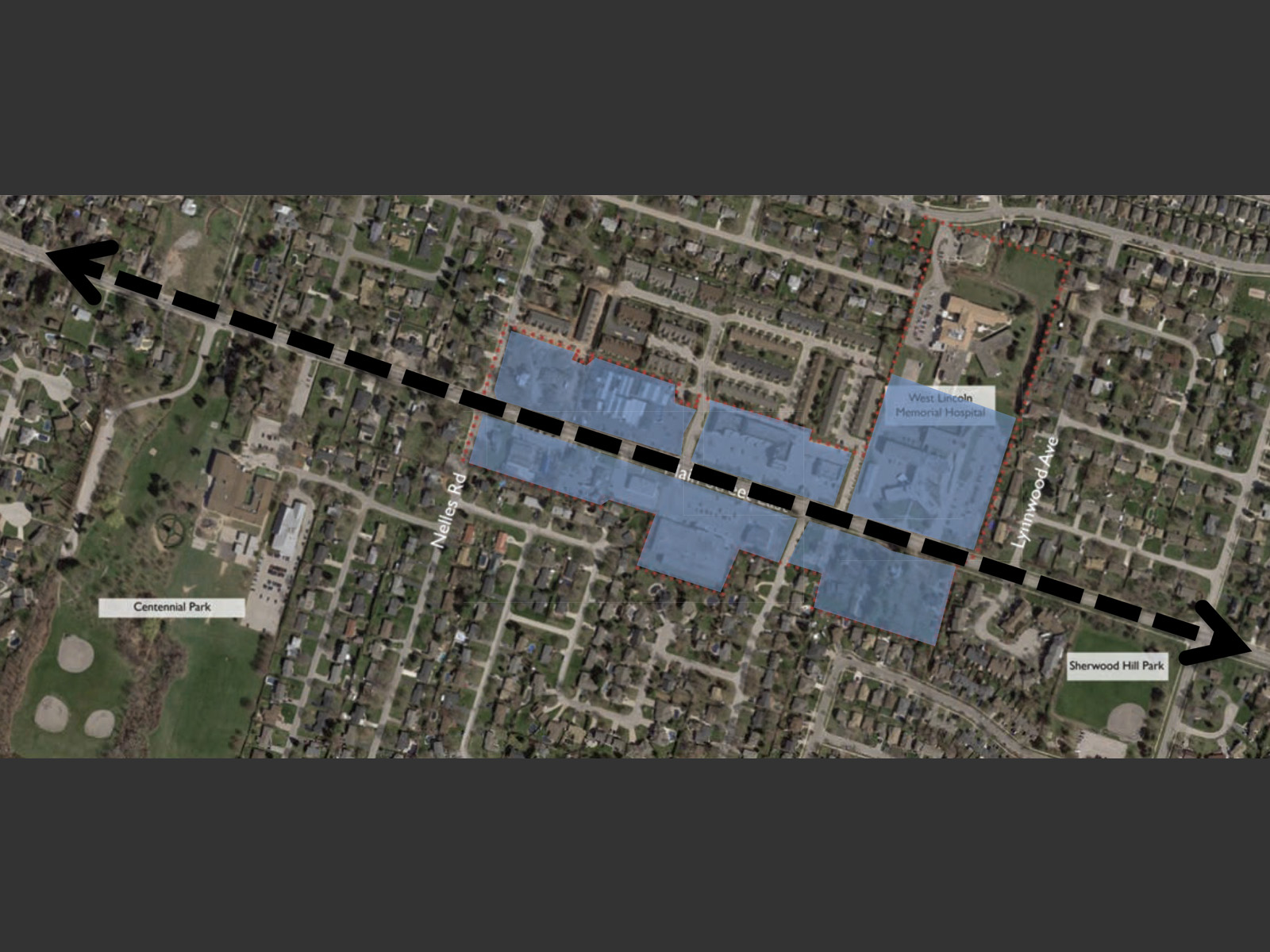 Claims that the former Main Street East “Hospital Corridor” Study was created for “things related to the hospital” and to “protect the area”, have been recently resurrected on social media by members of the former Town of Grimsby Council. Some of these comments have been deleted after being called out by many residents, including Councillor Lianne Vardy who was among those current members of Council voting down the continuation of the study.

The stated purpose of the twice defeated study was to create a strategic intensification area and provide for mixed-use development around the hospital, not to protect the area from overdevelopment as claimed in the social media comments.

Had this study resulted in the proposed creation of a Strategic Secondary Plan, the two high-density proposals at the Grout Nelles home (133 Main Street East) and Cole’s Garden Store, would have been approved from the get go with no likelihood of a successful challenge at the OLT (Ontario Land Tribunal). This concept can be seen by the higher and higher developments we now see rising at the Casablanca interchange in our west end.

A contentious subject for residents who did not approve the high-paced development decisions made for the Casablanca Interchange area, the study became an election issue and has been twice voted down by the current Council. For those who are new to the Main Street East Hospital Corridor topic, here is a brief recount of the events.

The idea of this Study started in 2016 with the Town’s pre-consultation discussions of a condominium application at the old Grout Nelles Home (133 Main Street East). The concern declared by the Town’s former Planning Director was that this application could go down on a “litigative path”. A Planning Study was then proposed by staff, to see how other mixed-use developments would fit in the surrounding area.

The study did not gather support from members of the former Planning and Development Committee. However it was eventually approved by the previous Council with additional funding from the Region or Niagara with strings attached. The Region would be added as project lead. New urban guidelines that match Region’s specific urban design requirements were incorporated in the terms of reference.

If you reside around the hospital, you may recall receiving a notice that Main Street East between Nelles Road and Lynwood Avenue had been identified “as an area where strategic intensification and appropriate infill may be appropriate”.

Two of these strategic intensification areas had previously been created as part of the Town’s Official Plan: The Casablanca Interchange Area and Downtown. Planning policies in these areas are designed to absorb most of the intensification targets set by the Region. Grimsby continues to over achieve these targets as a result of previous developments that were approved exceeding maximum limits.

Development in the rest of the town is planned in the form of small infill and sensitive to the small-town character, to protect the historic and natural features throughout. The Main Street corridor in particular is specified as an area to be protected under heritage policies of Grimsby’s Official Plan.

The creation of a third mixed-use intensification area, right in the middle of Main Street East, did not sit well with many residents expressing concerns of the plan’s impact on its historic character and increased traffic on an already congested road.

For the majority of residents who voted in the last municipal election, overdevelopment was a real concern. In strategic intensification areas where mixed-use redevelopment is being planned, Section 37 of the Ontario Planning Act allows for height and density bonusing with little regards for heritage features and maximum limits.

Natural and heritage features, as well as “development in character” are also difficult to defend under a Secondary Plan framework. The Province recommends heritage conservation districts (HCD) to achieve these goals. We outlined a high-level comparison in this past article.

What about "Hospital uses"?

There is nothing stopping a developer from proposing “things related to the hospital” right now. In the Town’s Official Plan medical uses are allowed under the current commercial-only designation. A Secondary Plan is NOT required to achieve this.

The Hospital Corridor Study was initiated to accommodate the proposed development at 133 Main Street East and other upcoming applications through an intensification framework and with no chance to be challenged at the OLT.

Since the terms of reference of the Study could not be changed to keep the area commercial, the Study was scrapped by the new Council in the spring of 2019.

What is unfortunate is the struggle and delays that followed delayed the start of a long overdue HCD study which will evaluate what is important to preserve, while proposing a heritage preservation framework. That delay allowed the two mixed-use high-density proposals to be deemed complete, considerably complicating matters going forward.

With the race for the municipal elections starting to shape up, we will witness more similar claims. Do your research, attend Council meetings and get all the facts so you can make an informed decision.