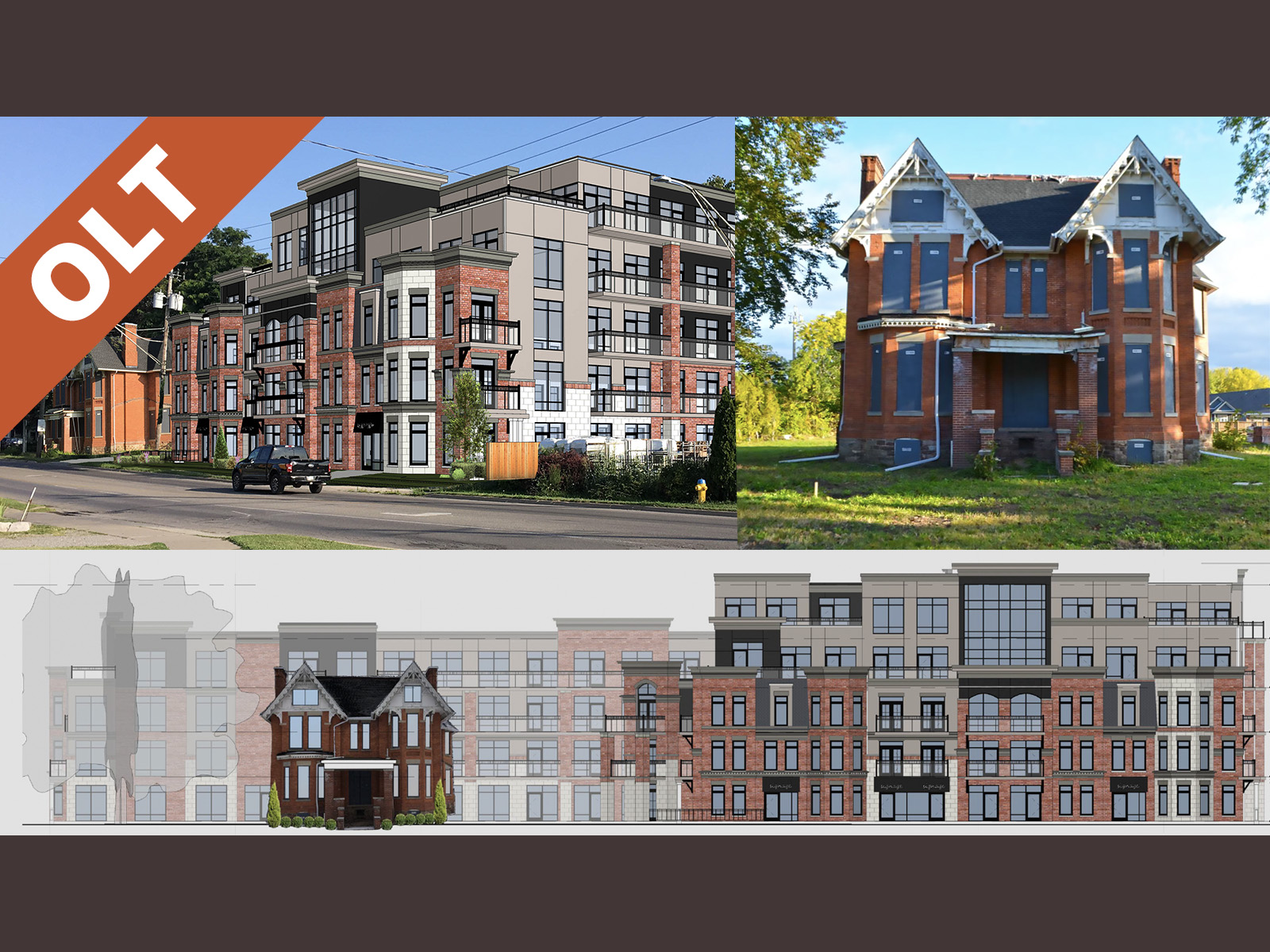 In our recent accounting of our achieving Participant status in the Ontario Land Tribunal (OLT) challenge of the proposed development at 133-137 Main Street East, we reported the revelation that the Town’s Planning Department was in support of this development application. We reached out to the case coordinator for specific details and it turns out that the “Planning support” that we heard mentioned by the OLT Member was actually a reference to the work of Niagara Regional Planning staff.

We sincerely regret this reporting error and apologize to you, our supporters, as well as Town’s Planning Staff. We pride ourselves with always providing accurate information and will continue to do so to the best of our ability.

Here is the Regional Planning report that we obtained from the OLT. The document, which although supportive in principle of the application, wasn’t exactly a glowing endorsement of this development as proposed. In short, it cites deficiencies in heritage studies and urban design, along with design changes needed to allow for the some widening of this portion of Regional Road 81 (Main Street) which is currently substandard for the inclusion of bike lanes. The Regional support for mixed-use development in the area is unsurprising as the now twice defeated “Hospital Corridor” Secondary Plan study had brought similar aspects of the Region’s aspirations for Main Street East to light.

Thank you to all of you who answered our call and signed for the SaveMainStreet representation against the two high-density proposals at 133 and 141-149 Main Street East at the Ontario Land Tribunal (OLT). We’ve been granted participant status for both these appeals.

The Case Management Conference (CMC) for the five storey condo application at 133 Main Street East was held on October 1st. The appeal was filed by the developer (Burgess Heritage Group/DeSantis Homes) in 2020 because Council did not make a decision on the requested amendments in the timeframe afforded by the Ontario Planning Act. This is now a recurring scenario, with the Losani appeal for the redevelopment of the Cole’s site being filed for the same reason.

The first CMC for the DeSantis development was held almost a year ago and the initial hearing was scheduled to start in October this year. However, the process was paused at the developer’s request. The CMC from last week was meant to provide details about this decision and to schedule a new hearing date.

Among the few present at the meeting, we spotted Councillor Dorothy Bothwell, the only Council representative who was there to understand the situation first hand. In a neighbourly effort to support each other’s applications, the legal representative of Losani Homes was also present seeking party status. Their declared intent was “not to stand in the way of this application” but to ensure that their development is coordinated with the one disputed in this appeal. No surprise there, we may add. Once any of these developments are approved by the Tribunal or Council as a result of a settlement, the other one will have no issues to go ahead either.

Why Burgess Heritage Group/DeSantis Homes delayed the proceedings of this appeal? It was to take advantage of the changes in the Ontario Heritage Act (OHA) which came into effect on July 1st. Under the new regulations the Conservation Review Board which specialized in solving heritage appeals was removed. Now all heritage appeals are considered by the OLT, which will make a final and binding decision to Council.

The application involves relocating the historic house to make room for 166 parking spaces underground, which is now required because of the high-density construction proposed above. Since the house is designated and protected under the Ontario Heritage Act, the move needs the approval of a heritage permit from Council. The developer anticipates a negative outcome which he plans to appeal at the OLT, and eventually consolidating both their appeals before the hearing.

None of this would happen if the proposal was scaled down to conform to the limits of Grimsby’s zoning by-law. However, the heritage permit application has been already filed with the Town on September 15 and it will likely come forward at the Heritage Advisory Committee meeting next week.

But this was not the highlight of the news shared at this CMC. We also learned that Town’s Planning supports this application. Surprised? Given the past actions of this Department, which seems to have no serious intentions to keep with the Official Plan direction to protect Grimsby’s historic areas and its small-town feel, not so much.

If the intentions were true, this position from the Town’s planners does not make any sense. The scale of the requested changes in an area that is meant to be protected from this type of intensification through our Official Plan is huge: this proposal is more than twice the height and 4-6 times the density of what is currently permitted through the Zoning By-Law, not to mention the precedent set by radically changing the context of the neighbourhood.

It’s an interesting twist of events nevertheless, which creates a messy and difficult situation by deliberately tilting the odds in favour of the developer.

It’s also worth mentioning that no public recommendations report from Planning was issued for this five storey high-density application so far. And it would be fair to assume that if Planning supports this proposal, they would also support many aspects of the seven storey application at the Cole’s location. With the Main Street East Heritage Conservation District poised to start soon, in our view this action by Town’s Planning reeks of double-talk.

Given that some of the issues disputed in this case are not clear yet and a draft procedural order will still have to be decided for the hearing, another Case Management Conference has been scheduled for April 8th, 2022. The hearing period was set from October 18 to November 4 next year.

We are grateful that the Tribunal awarded SaveMainStreet participant status as a group, and gave us the opportunity to expand on our statement before the hearing. The deadline for our full submission will be decided on April 8th. Until then the Tribunal member who presided the meeting encouraged us to stay in touch with the two counsels representing the appellant parties. We have every intention to do so.