Great news: we were granted participant status in the Losani appeal...And we have work to do! 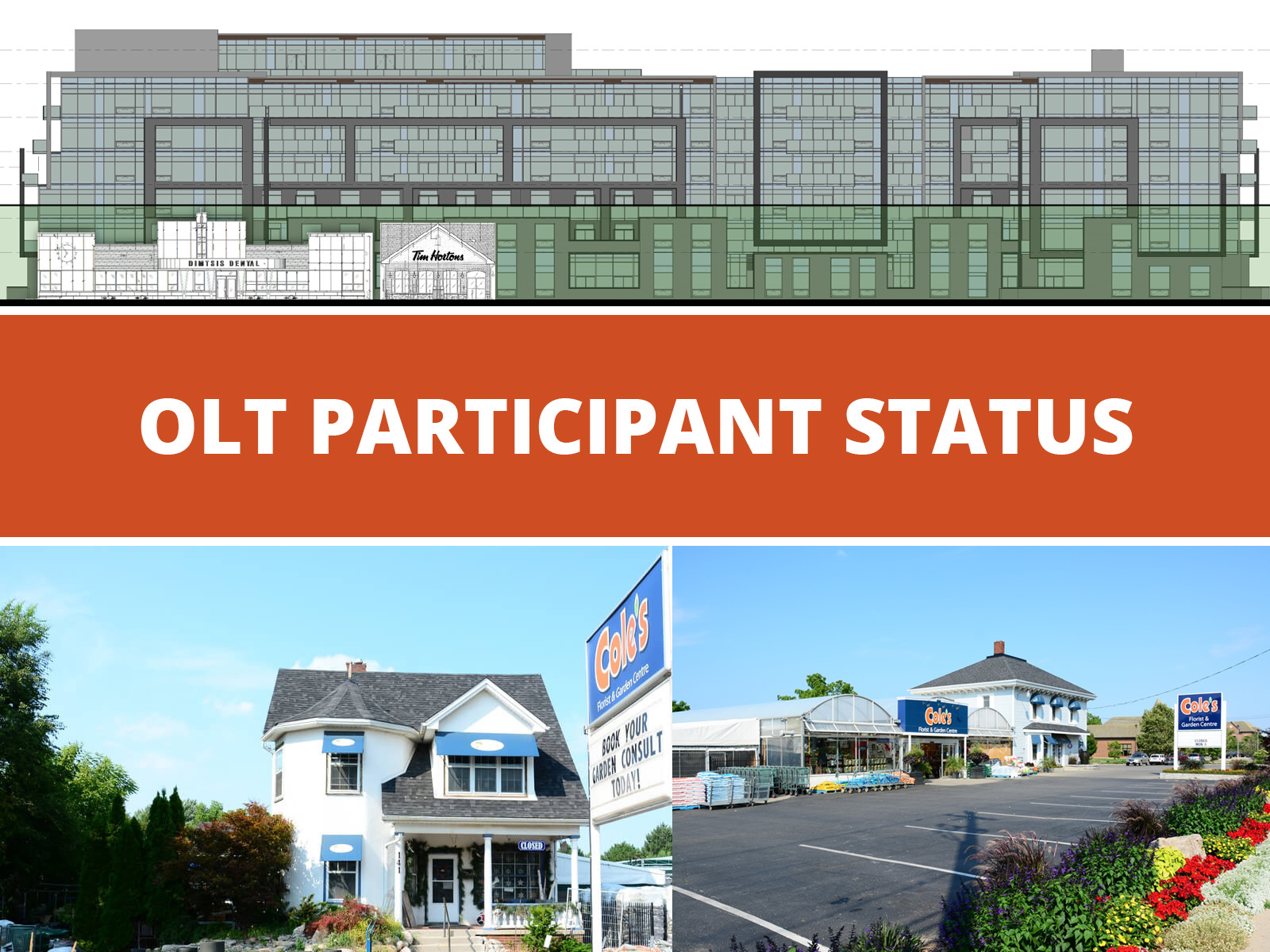 What a couple of weeks!

We completed our rebuttal to the Losani application for this Case Management Conference, organized our first community gathering, raised awareness, received over 450 signatures from residents who support representation by SaveMainStreet, and Friday, we were granted participant status by the Tribunal.

A Big Thank You to the knowledgeable residents who helped us detail the big issues with this seven storey proposal in our statement for the OLT, and to all residents who added their names to the representation list so far!

The Case Management Conference held last Friday was short but well attended. As expected, the two parties identified by the Tribunal were Losani Homes represented by Denise Baker of WeirFoulds LLP, and Town of Grimsby represented by Tom Halinski of Aird & Berlis LLP (contract counsel on planning matters). Another party which was granted status in this appeal case was Burgess Heritage Group/DeSantis Homes - the developer owning the adjacent Grout Nelles Home, at 133 Main Street East.

As you may remember, a five storey high-density condominium application at 133 Main Street East is also under dispute at the OLT. The hearing date was set for October 12 but the proceedings were postponed at the request of the developer. Now another Case Management Conference for this application is set for October 1st.

Some of the stated reasons Burgess Heritage Group sought party status in the Losani Homes appeal, was to make sure that their development will not be impacted by decisions made in this case, and that they would like the opportunity to be interviewed.

The preliminary positions of the appealant parties were also discussed. The case is a complex one, with planning and heritage conservation matters brought under the same appeal. The developer is opposing the heritage designation of the two buildings, their protection from demolition, and the non-decision by Council for his Zoning by-law and Official Plan amendment requests. There were six files presented to the Tribunal that need to be further clarified as they involve transition to the new OLT rules and matters that used to fall under the former Conservation Review Board.

Three resident participants present at the meeting were granted status, including Ruxandra Bucataru who applied as a representative for SaveMainStreet. We are very pleased that the Tribunal acknowledged the large list of 426 residents added to our participant status request. In order to be considered a voice for the community as the SaveMainStreet group, the Tribunal gave us time to incorporate before the formal hearing date. We are looking into the incorporation matter right now.

The time awarded to us by the Tribunal to become a legal entity will also allow more residents who oppose this development proposal to sign up and support SaveMainSteet representation.

The Tribunal set the hearing period starting Monday, July 4th 2022 for ten days. That’s ten months away. If Council were aligned and in the steering seat, that should be enough time to complete the Heritage Conservation District Study. But the study is moving very slowly, if at all. Voted on last December, with the RFP released in April and the winning bidder approved by Council in June, there is no sign that actual work has even started.

What can you do now? If you haven’t already, please add your name to the SaveMainStreet cause. Together, we are a powerful voice.

If you support SaveMainStreet representation at the Ontario Land Tribunal, PLEASE EMAIL US YOUR NAME AND ADDRESS.

If you are reading this on a laptop or desktop, and have a separate email software, click this button to open your email application with a new message already started for you:

Your name, email and address will be included in the list that we'll present to the Tribunal as part of our representation.

Thank you for your continued support and assistance.