Letter From BurlingtonA Burlington resident wrote this to Grimsby's Planning staff and Council. A must-read for the rest of us. 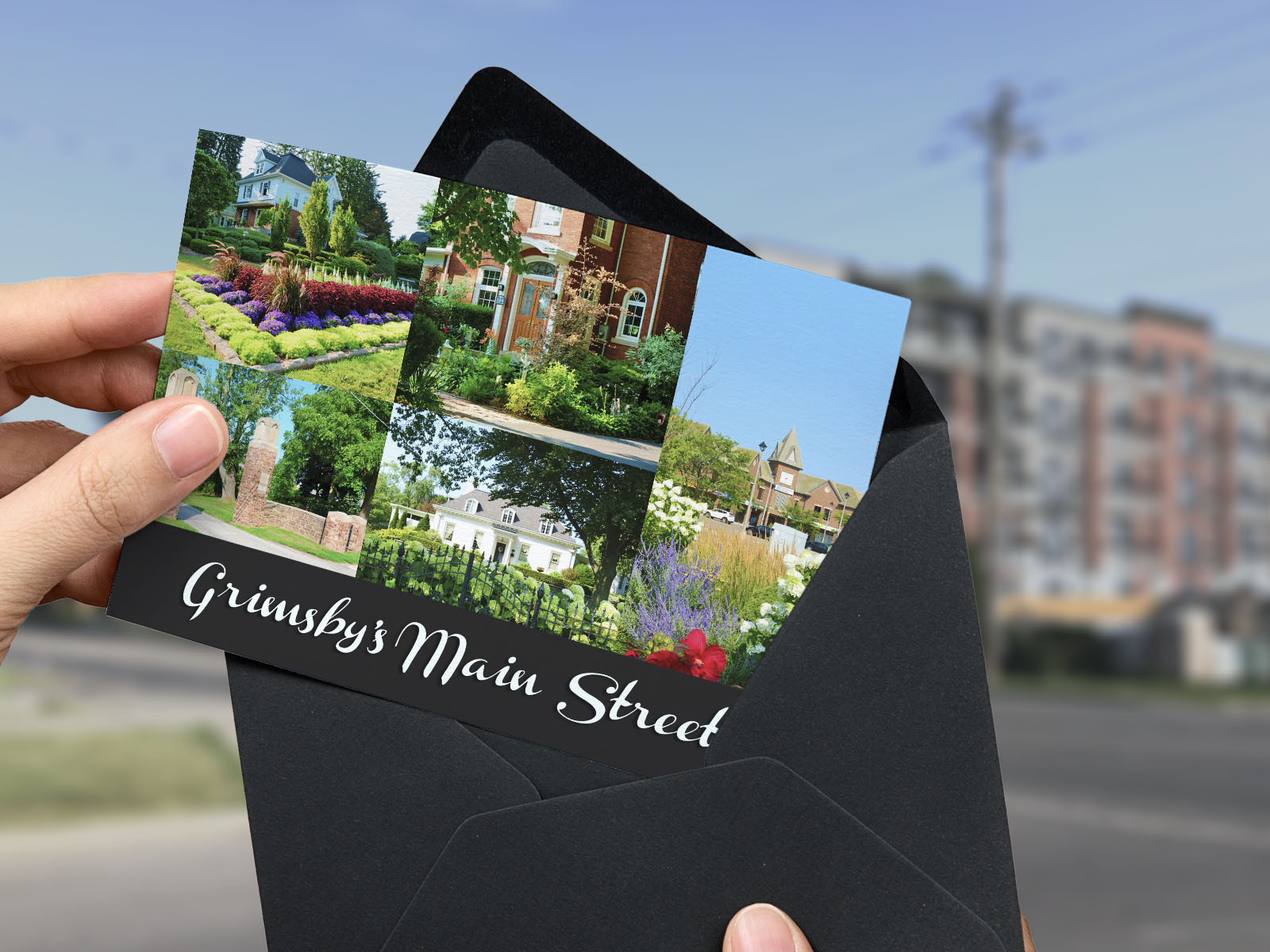 Our efforts to preserve the character of Main Street are being noticed beyond Grimsby’s borders.

This letter was sent last week to our Planning Department and Council by Greg Woodruff, an Aldershot resident who witnessed first hand the negative changes brought by similar mixed-use developments in his community. A must-read for all of us, that calls out developer’s “arguments” and makes lots of excellent points why this is not suitable for Grimsby’s Main Street. We thank Greg for his contribution and we hope that our officials take notice.

Greg’s letter appears below in part, edited for length. His full submission is available upon request to info@SaveMainStreet.ca.

The proposed conversion on 133 Main Street East from commercial usages with possible residential over top with traditional zoning restrictions to high density is not consistent with the goals set out in the Provincial Policy Statement, Grimsby Official Plan, Niagara Official Plan or historical preservation.

Current restrictions on the property in terms of setbacks, residential usages and historical restrictions are well thought out and represent a proper balance between competing factors in development. There is no compelling reason to grant the requested by law amendments presented by the applicant.

Applicant's "Planing Justification Report" appeals mainly to the idea that intensification is good – regardless of location. That intensification can bring benefits at some locations and this is encouraged by Provincial statues is not in dispute.

However, the report does not adequately address why this particular intensification conversion would represent good land use planning or why this density is appropriate in this location. Increased densities are only an advantage if the location makes sense. The application attempts to "site optimize" the property at the expense of the historical and potential commercial nature of the property.

The application twists logic and common sense in an attempt to justify an unwise intensification project.

For example: the argument that the carbon/energy footprint per person is lower for residents in a high-density building is trumped by the fact that the carbon/energy footprint is lower only in the proper location. If increased car usage from development snarls local traffic, then the possible advantage is reduced or even reversed. It's not enough to put people in high-density buildings, they must be near a workable transit solution to confer significant benefits in energy usage patterns and transportation planning.

An easy way to see the defect in the developer Planning Report is simply to ask what property would they not consider suitable for a conversion to high density? If it's not a historic property in a tourist area where the only real transportation is a two lane road, it's nowhere.

The Provincial Policy Statement intention is to be read in it's entirety and intensification applied in sensible areas. The idea is not to just execute any project that increases density and hope future hypothetical schemes make it work out.

A high-density small unit condo development is appropriate within 500m of the proposed Grimsby GO station. This site is 4,000m away, making walking impractical to residents with a long train commute ahead of them, and the hypothetical busing no faster than driving. That a hypothetical bus might some day work for a percentage of these residents, doesn't offset the fact that the application places hundreds of residents at the end of a long drive.

The reality is that this type of high-density small unit condo is marketed as being a lower cost alternative for those driving or commuting to Toronto. These residents don't form a commercial base or provide vibrancy in Grimbsy; they are away in the day. Thus, this conversion entrenches a development pattern of car-based commuting opposed in the Provincial Policy Statement.

The applicant envisions the "advantage" of this conversion being combined with other intensification projects to create advantageous densities in some unknown future. However all of that imagined neighboring density is being placed at a location where it has no advantages. Main Street is a 2 lane road where expansion is unwanted and difficult. The site is not near higher order transit and no reasonable conceivable scheme will place it as so.

This conversion will create a huge financial incentive for other Main Street properties to cash in on the potential availability of conversion to high-density.

The goal of neighboring commercial properties will no longer be rent to businesses, but to make the properties vacant and run down. Consultants will tell them accurately that intentionally making these commercial properties seem derelict will aid the conversion to high-density. It won't be that there is a shortage of tenants, it will be that there is a shortage of tenants willing to take month to month rent in a dilapidated building. As neighboring properties convert to high-density it becomes easier for others as at LPAT they can argue their density and height requests are consistent with what was awarded to others.

Of special concern should be the introduction of adding in parallel parking and building right up to the sidewalk. Placing buildings right up to the street just prevents future flexibility for planters, landscape buffers, places for trees, patio seating, benches, future bike or transit lanes, etc. All the things that make a walking experience great are sacrificed so the developer can squeeze in a couple more units.

Building up to the street is unwise. It's many cities eventual frustration that too little space was left in the public realm. Though a small traditional section of parallel parking in old down town Grimsby is fine, producing a long through street with parallel parking is dangerous normally and a disaster in the winter.

Some times you hear people say this will slow traffic on the street. What it does in reality is make parking and driving stressful as cars now randomly dart into traffic. Cyclists on the street are in constant danger of being hit by car doors and people parking are now used as human shields. Customers learn to avoid the area and power centers gain the displaced customers by providing a stress free parking and shopping experience.

In downtown Grimsby the parallel spots are backed up by a large amount of traditional high quality parking in back of stores. This is the “reverse strip mall” setup that works for drivers and pedestrians alike. Though at first the proposed development can seem similar to the downtown Grimsby model, in reality it is completely different. The parking in back of downtown is all shared and customers can walk to any store they wish. This arrangement prevents cars from cutting through the pedestrian walk way, an important aspect of walk-able communities.

In the development proposal, the parking provided is cut off from other businesses by the building. Also if each commercial enterprise provides ample parking, then customers can walk from one store to another. If parking is at capacity on each commercial lot, then vendors defend it with fines and towing. The result is more parking spaces empty that could be made use of if pooled. Walking from store to store is impossible as customers need to “move” their car after every transaction.

The net effect is not to create mix-used communities, but to create high density car-based subdivisions – now bereft of local business. The influx of cars onto a road network never designed to handle it, leads to thousands of cars caught in traffic. The PPS imagines intensification leading to mixed-use communities where services are localized. Grimsby already has tens of thousands of residents that can walk to many services in 15 minutes.

Commercial conversions lead to displacing all those businesses into power centers such as Fifty Point. Repeated conversions on all available commercial lands might add 5 thousand to 10 thousand residents in high-density buildings, but it just leads to thousands more residents driving to everything.

The proposed site wide underground parking will further damage the environment by removing large trees, then removing the earth, so they will never grow again. This is hardly the expansion of tree canopy, a historic feature of the property, Main Street and a hallmark of environmental conservation.

The property can easily accommodate a mix of residential, commercial, environmental and historic usages in the mixed-use sense the Provincial Policy Statement recommends. The existing Neighbourhood Commercial zoning requiring 1st floor commercial usage is a wise development restriction. The site can easily fit such a building and associated surface parking with some living units over top and maintain the historic setbacks and nature of the property.

The application intends it to fill a residential usage almost exclusively in a way that is not consistent with the intent of the Provincial Policy Statement. If the intent of the PPS was to encourage "site optimization" at any location – it would just say that.

If conversion is contemplated, 12 townhouse units easily fit on edge of property while leaving traditional setbacks, large trees and the historic nature of the property intact. Such units would attract families and make good use of Nelles School and park across the road.

Council and staff should deny this development application.

Greg Woodruff is an Aldershot resident who ran for Halton's Regional Chair in 2014 and for Mayor of Burlington in 2018. His goal is to get people to wake up to a "got to grow" mentality that has replaced all common sense. One of his biggest concerns is that the changes to our communities are not just "happening" but being driven by a set of people that don't live in them and won't bear any responsibility for problems they create.