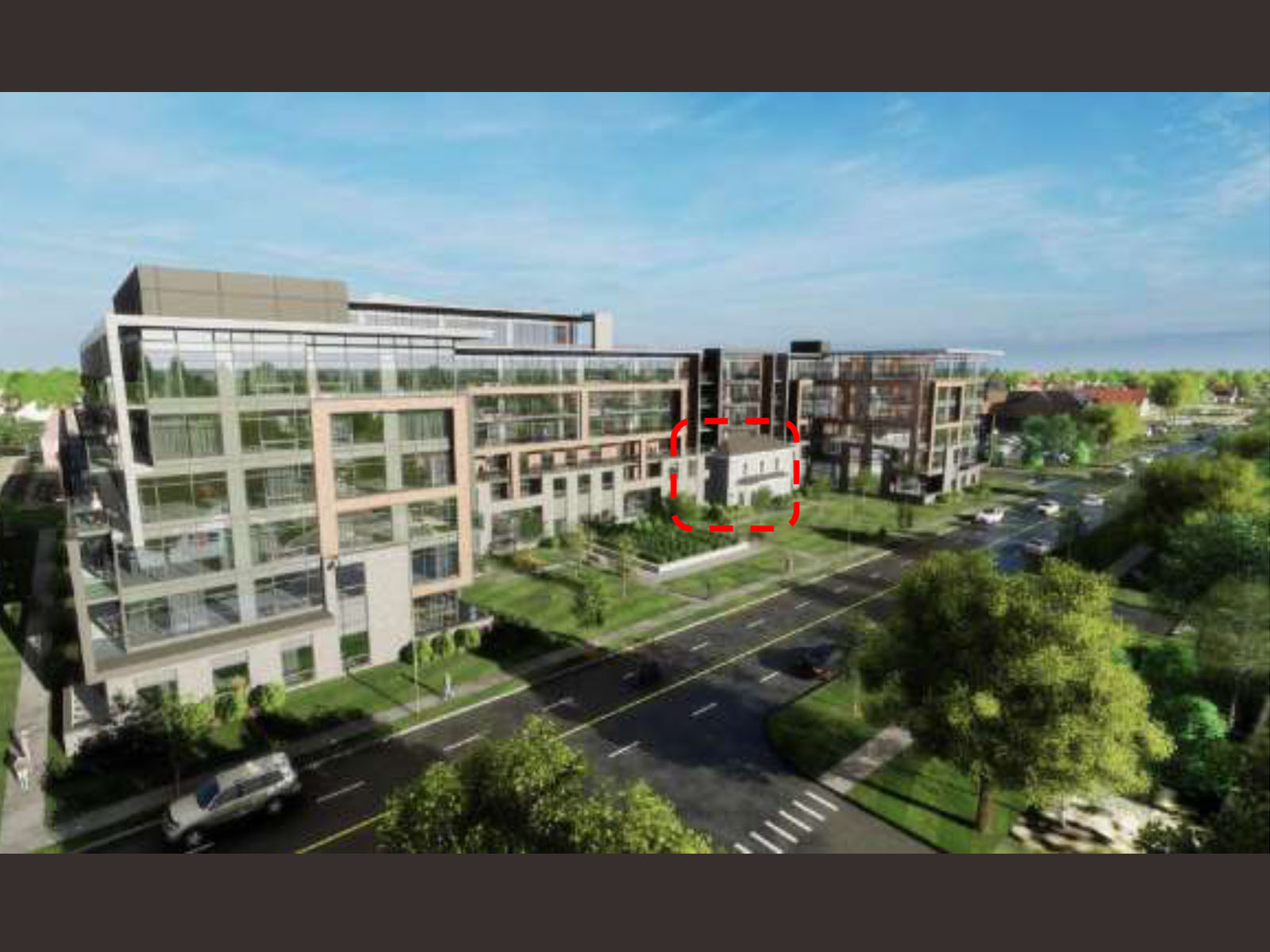 What’s next for the future of Grimsby’s Main Street East? Not a Heritage Conservation District, but another high density condominium on the site of the (soon former) Cole’s store.

The application completely disregards the heritage context and character of the area, and proposes a massive building of seven storeys, almost three times from what is currently permitted by the zoning of the area, which is 8.5m (approximately 2 storeys). This development comes with a whopping 215 residential units of one and two bedrooms, all this in addition to the 148 units proposed at 133 Main Street East, next door.

Details are available on the Town website here: https://www.grimsby.ca/en/doing-business/current-planning-applications.aspx

The two heritage buildings on the site will be demolished, with an option for a “facadectomy” of the Cole’s store into the new development, to sweeten the deal.

This proposal has been in the works for quite a while, as pre-consultations with the Town started in the spring of 2019. However, the Planning Department is scrambling just now to designate the two historic buildings under the Ontario Heritage Act, after dragging their feet for more than a year to produce the designation reports.

Both the Christmas Cottage and the Cole’s store building have a rich history of over 130 years. Research highlighted in the Town’s designation reports found them to be worth preserving as they contribute contextually to the heritage value of the area:

As it often happens with individual designations, protecting a heritage building when it is threatened by redevelopment is often contentious and “too little, too late”.

Unfortunately, this is the road that the Concillors who voted down the Main Street East Heritage Conservation District Study chose for Main Street East: a Secondary Plan to encourage intensification, and heritage protection based on individual designations which will be fought by developers with every heritage home that falls into their hands.

There is no public meeting scheduled for this application yet. It will be interesting to watch the next moves of the Planning Department as they knew about this application all along but chose not to support the HCD study.

What's next for the future of Grimsby's Main Street East? Not a Heritage Conservation District, but another high density...

Posted by SaveMainStreet on Thursday, January 7, 2021